Sunday I shot a wedding for a friend’s daughter … it was a gift, as I’m not a pro, and I don’t have all the professional equipment to do the “fancy” stuff.  But the pictures turned out nicely and I think they will be happy.  I’ve shared some of them on Facebook so they could get a glimpse of what I did.  When I finish editing the photos, I’ll be burning them to discs for the bride and her mother and then they can print out whatever they would like.

As a photographer, you have to talk a LOT during the posed shots – directing people, trying to get their attention, etc.  Yesterday when I woke up and my throat was a bit on the raspy side, I thought it was from all the talking I’d been doing on Sunday afternoon.

This morning, it’s killing me.  And I have some chest congestion.  Argh … (she says with a soft whisper, rather than the full-blown aggravation she really feels …)

Canceled the six-month dental hygiene appointments we had at 11:00 a.m.  Doubt the hygienist would want me breathing/coughing in her face.  Going to continue working on the Yearbook that never ends.  Do laundry.  Take my girl to piano at 3:00 p.m.

And maybe see if I can squeeze a nap in there somewhere.

It doesn’t help that I ache all over … Monday morning I went to the gym with my guy and worked out.  Planned on going today, but I don’t think so.  Not with the way my chest is feeling. 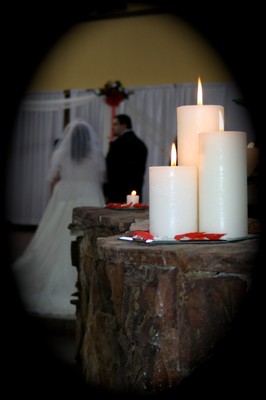 The wedding was held at a nice hotel in our community.  In the center of the venue is a large stone fountain/waterfall – the ceremony took place on one side, with the reception taking place on the other side.  The gal that decorated for the ceremony put these mirrors with pillar candles at different levels of the fountain and I happened to get this shot during the ceremony.  I really like it.  🙂 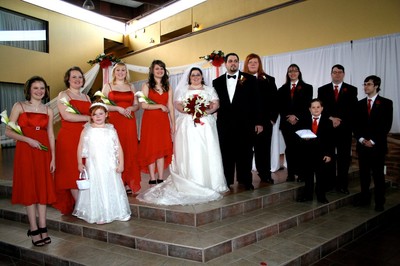 The wedding party … I know why wedding photographers charge so much.  This is HARD WORK.  A lot of guests were standing behind me, taking pictures with their little cameras and so several of my shots have different subjects looking in different directions – because they didn’t know which camera to look at.  I didn’t realize this until I got home and pulled the photos up on my computer.  Fortunately, I took several shots and was able to find some where they all were looking in roughly the right direction. 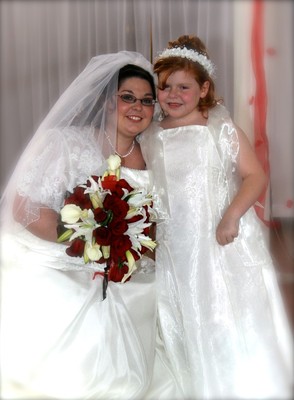 I LOVE this shot.  The little girl who was the flower girl has spina bifida — it was a lot of work for her to get through this ceremony without using her wheelchair, but she was determined.  We tried to do the photos in an order that allowed her to rest some between shots. 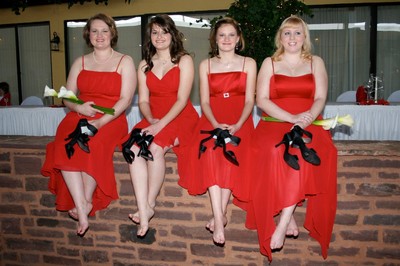 The bridesmaids were so cute!  We pulled a chair over to help them get up on this brick wall that ran around the perimeter of the room.  The shoes were Ninas, with four inch heels and the mother of the bride was terrified that one of them was going to stumble, so we had to make sure the shoes were included in the picture story!

It was a lot of fun, a lot of work, and while I wouldn’t mind doing it occasionally, I don’t think I would want to do this for a living.  Too much stress!

2 thoughts on “The Sniffles and a Wedding”